← more from
Clerestory AV
Get fresh music recommendations delivered to your inbox every Friday.
We've updated our Terms of Use. You can review the changes here. 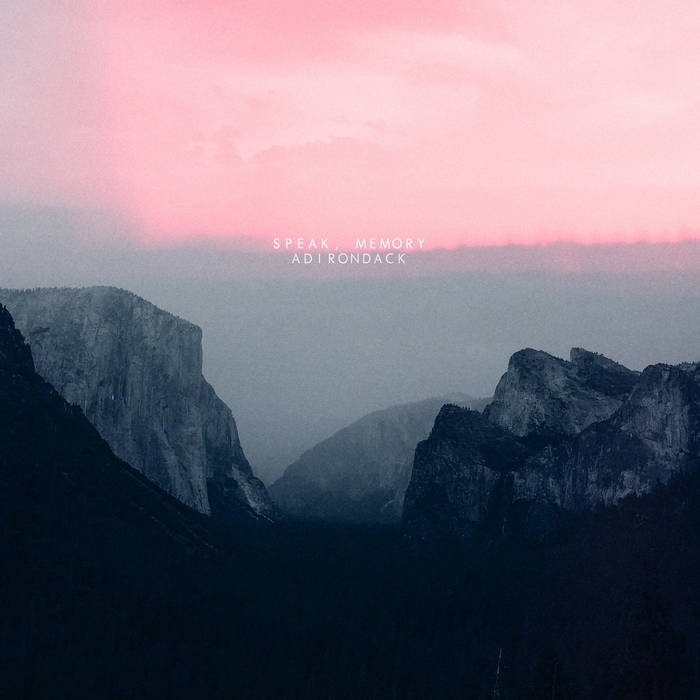 midoyle61 The layered atmospherics coupled with some "jangle" from the guitarwork really makes this track work. I really like how the band plays with patterns within the tracks. Favorite track: Trails.

Speak, Memory make intricate guitar-driven instrumental post-rock in the spirit of bands like Unwed Sailor, Explosions in the Sky, Appleseed Cast, and American Football . We are thrilled to release Adirondack, their new three-track EP, on limited-edition black vinyl. The EP was recorded at Breathing Rhythm Studio in Norman, OK, and mixed by former bandmate Bartees Strange. The limited-edition vinyl was cut at 45 RMP for maximum audio quality.

BIO:
Unrequited love is one of the most universal feelings we have here on Earth. In spite of how embarrassing or depressing it can be, there’s something beautiful about it being such a shared feeling. While methods for dealing with the aftermath can vary, Speak, Memory’s Timothy Miller dealt with his own experience of unrequited love the only way he knew how; by picking up a guitar and beginning to write some songs.

Much of his band’s first project in nearly 7 years, Adirondack, deals with this feeling, but not head on. Somewhere between the limitless worldbuilding of early Explosions in the Sky and the mathy noodling of American Football, Miller and his band take the listener on a journey that’s as spiritual as it is grounded in our reality.

The Oklahoma City three-piece, made up of the previously mentioned Timothy Miller on guitar (and vocals on “Lakes”), Cody Fowler on bass (who also plays bass for the Bella Union-signed Horse Thief), and Jonathan Thomas on drums, put together the EP throughout 2018-2019 while simultaneously building up their profile in the surprisingly deep OKC scene, playing shows with the likes of TTNG, PVRIS, awakebutstillinbed, Free Throw, The Appleseed Cast, Greet Death and more.

But one name tied deeply to Speak, Memory is that of Bartees Strange, whose roots were once planted in the OKC music scene as he served as an early member of Speak, Memory at the beginning of the decade. Now an accomplished solo artist and budding producer/engineer, Strange supplied his mixing skills to his former bandmates, with every guitar tone feeling sharp and melancholic and every percussion hit lending some serious heft to Adirondack’s songs.

Recorded live throughout three days in early December 2019 at Breathing Rhythm Studio in Norman, Oklahoma, Adirondack’s songs take you throughout the mountain range it was named after, with opener “Trails” transporting you to a night with clear skies and bright stars before frisking you away into adventure as Fowler and Thomas play beautifully off Miller’s unique guitar work that conjures up memories of young love.

“Lakes”, at times, recalls one of the greatest and most satisfying feelings music is uniquely set to create: when you begin to hear a song fall apart before our ears when suddenly, you realize that was the plan all along as its moving parts shift together, forming a tighter bond than ever before as Miller pulls a trick out of his sleeve that his band has never deployed before: his voice. While it may be muffled in parts, the human memory is a tricky beast at times as past moments appear foggier than they did before, and especially in the realm of love and loss.

The EP then ends on colossal “Cabin”, its layers of sounds swelling and swelling throughout its 6+ minute timeframe, with its final emotionally wrought guitar tone bursting into a drone.

Somewhere between the limitless worldbuilding of early Explosions in the Sky and the mathy noodling of American Football, Speak, Memory take the listener on a journey that’s as spiritual as it is grounded in our reality.

Bandcamp Daily  your guide to the world of Bandcamp